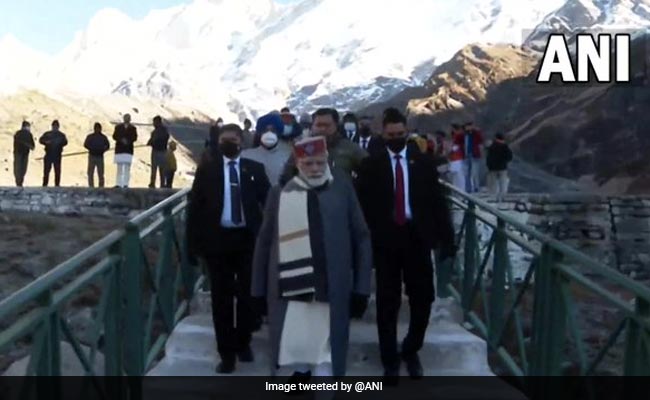 Key Minister Narendra Modi arrived in Kedarnath on Friday early morning and provided prayers at the Shiva temple there. A day prior to, he celebrated Diwali with military staff in Jammu And Kashmir.

The Prime Minister then unveiled a 12-foot statue of Adi Expert Shankaracharya, which has been reconstructed after its destruction in the 2013 Uttarakhand floods, and inaugurated the rebuilt samadhi of the eighth century seer.

He will also inaugurate and lay the foundation stone of reconstruction projects well worth over Rs 300 crore at the Himalayan temple.

Glimpses of the 12-foot Murti of Adi Guru Adi Shankaracharya to be inaugurated by PM Sh @narendramodi ji in Kedarnath tomorrow, Nov 5th.

On this event, pogrammes are getting organized at Jyotirlingas, Jyotishpeeth & at the birthplace of the Jagadguru in Kalady, Kerala. pic.twitter.com/H71CHtX3af

“We will all welcome Primary Minister Narendra Modi. PM Modi will get to below in the early morning. He will do the Maha Rudra Abhishek and pray for the welfare of the nation. He will also unveil the statue of Adi Shankaracharya. The temple has been embellished with flowers,” Bagish Ling, a priest of Kedarnath temple advised information agency ANI forward of the visit.

The statue unveiling ceremony will be telecast live at the 12 jyotirlingas, four Shankaracharya mutts (monasteries), his birthplace and a number of notable temples across the place.