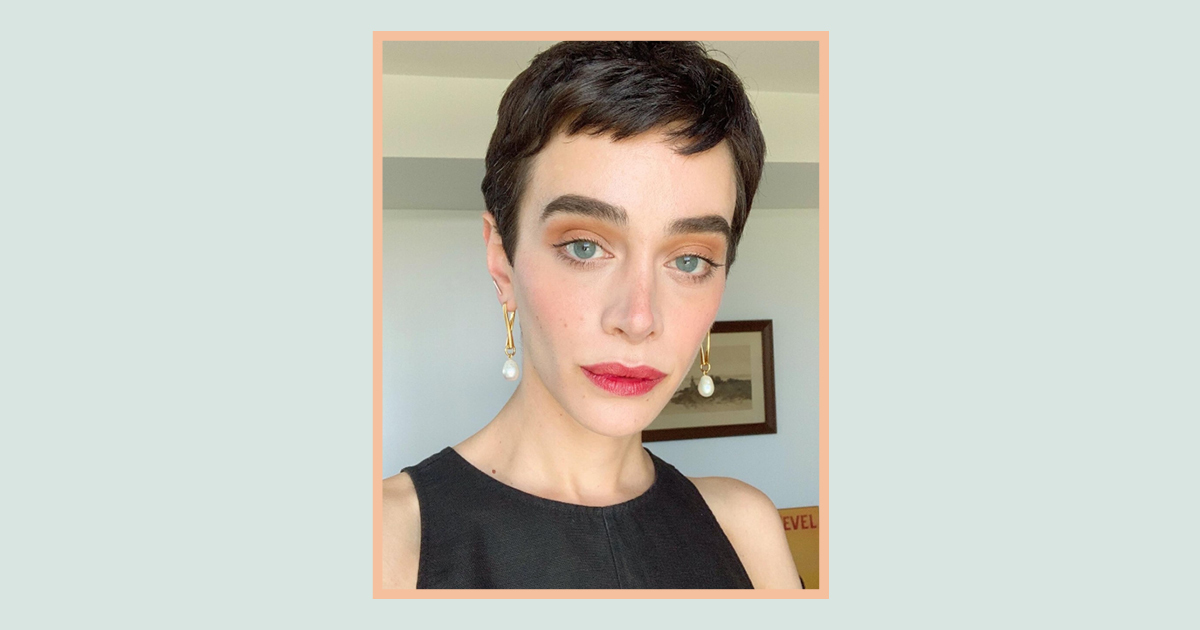 Being a trans woman, I developed a pretty strong attachment to hair very early on. For a lot of trans women, the first thing we do is grow our hair, because it’s such a powerful signifier of gender in our society. That’s what I did when I started transitioning at 16. It was incredibly affirming for me. Over the years, I experimented a little with shoulder-length styles, never having the courage to go super short. Most of the time, I’d immediately want to grow it out right after having the cut.

The thing with my journey with my transness is that I spent a good part of my life attempting to cover it up in some shape or form. And for me, covering it up meant that I needed to conform to society’s expectations of me as a woman as much as I possibly could. So I would stick to long hair as a security blanket of sorts. But then, in 2018, I decided to come out publicly as a trans woman. I told my partner’s family, my entire circle of friends, my entire workplace at the time, and then announced it on social media and even did an article for Teen Vogue.

After all of that happened, it still took me another three years to finally decide to chop my hair. I’d always wanted to have that sort of pixie, sprightly, youthful, cool haircut. It was like, “If I don’t do it now, when am I going to do it?”  I thought, “Everybody is very aware of my transness now. I no longer feel the need to quote-unquote ‘pass’ as much for cisgender as obsessively as I did in the past.” And so, I just said, “Why not?” You know? Fuck it!

I was really surprised by how good it felt and how much I embraced this low-maintenance hairstyle because I always considered myself to be quite a high femme in my presentation. And so, to do something that society has decided is counter-intuitive to presenting yourself as a high femme woman, I was just shocked at how feminine I still felt. I realized that my womanhood doesn’t have to be so wrapped up in these surface-level things like hair and that I don’t need to have hair halfway down my back in order to feel as feminine as I am.

Unfortunately, there were a lot of people—primarily cisgender men, but not exclusively—who made fun of my haircut on social media. I also had queer people trying to be helpful by telling me I would look more feminine if I had longer hair. I got really sick of the comments, so I made a video responding to them, basically saying, “I don’t care what you’re saying about my hair. This is for me and this is how I feel confident right now, so the opinions of cis men who seek to control the way women look, regardless of whether they’re cisgender or trans, aren’t welcome in this space.”

It’s almost like society only accepts that women can have short hair once we reach an age where we’re deemed no longer desirable. Like, when older women have shorter hair, that’s socially acceptable because people have decided that older women are fundamentally “unfuckable,” which is so wrong. So when you’re younger, and still in your “fuckable years,” people will criticize you for taking a bold step that is outside of what they think you should do.

My wish would be for people to just mind their own business and let women, in particular, exist. And, I say women, but it’s worth acknowledging that non-binary folks who are assigned female at birth also get a lot of the same heat. The future that I envision is one where people can express their genders however they want and not to be questioned or policed for it. I would love for people to just be free to be themselves in whatever form that takes. It starts with hair and ends with tearing down the entire patriarchy! —as told to Katherine Lalancette