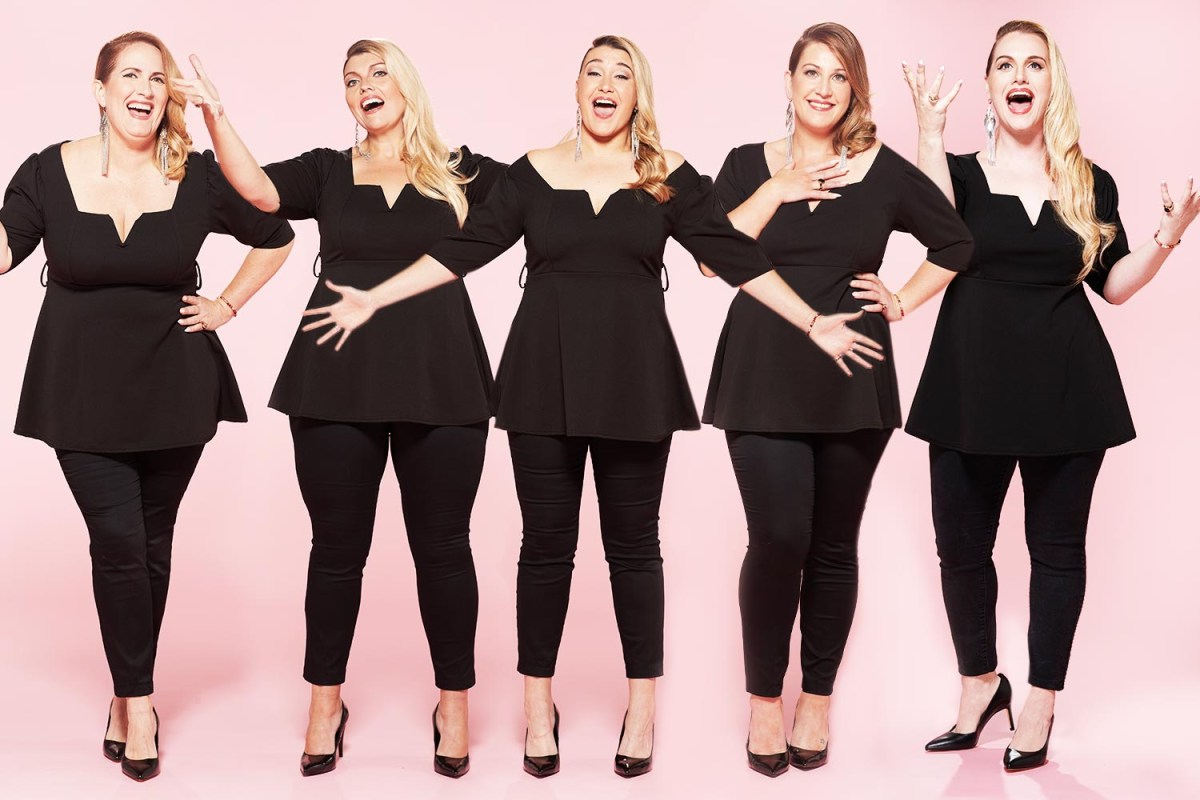 SAY Hello to the Adele tribute artists who have been inspired to shape up by their idol’s dramatic weight loss.

We first met them in February 2020, shortly after the Someone Like You singer wowed fans with her new slimmer look.

Adele, whose album 30 was released yesterday, lost an amazing 7st and recently revealed exercise has made her more agile and improved her mental health.

Here, our Adele imitators tell Kate Jackson how they lost a combined 17st.

‘I needed to slim after lockdown. I run twice a week now’

HELEN Ward Jackson, 42, has been a tribute artist since 2010, working mainly on cruise ships.

She has lost more than a stone since we last met – and moved in with her DJ fiancé, Kevin Sturt, 42, and his kids – aged four, seven and 11 – in Eastbourne.

Sadly, Helen lost her No1 fan, her mum Rosemary

She says: “Like Adele, life has changed quite a bit for me. My mum became ill in 2020 and I was her carer until she died in September, aged 73.

I joked that I needed to go on the “Adkins Diet”. So Kevin and I started on Slimming World during the second lockdown.

We both lost weight but I have put some on again, particularly by celebrating Mum’s life with her favourite cream cakes.

Initially I was a bit disappointed when Adele lost the weight because there aren’t many bigger women being represented in music.

But I did need to slim down, especially after putting on the lockdown lard.

When you go on a weight-loss journey, which I’ve done many times, it’s got to be about how you feel about yourself too. I’ve been thin and unhappy before.

Adele says she sometimes works out two or three times a day but I haven’t got the time or the inclination. I try to run twice a week.

When I was younger, I always felt you had to be thin to be successful.

But you can be any size.”

The mother of four lives in Paddock Wood, Kent, with her fiancé Damien Daunt, 47, a customer services associate.

She says: “At the last Sun photoshoot I was about 21st and size 24.

It’s been a lifelong battle. This job doesn’t help. I can’t eat before a gig – then the only places open afterwards are greasy takeaways.

Even Adele said at Glastonbury she’d had a “dirty burger”.

I had a gastric band fitted in 2008 but it had to be removed due to complications.

After that I ballooned back up again, putting on 4st in six months.

Unlike Adele, who couldn’t give a stuff about what people thought of her size, I was never comfortable with being big.

After she lost the weight, people would say to me: “Have you seen how much Adele has lost?”

I used to joke about getting my jaws wired but I did feel embarrassed and I knew I had to sort it out right away.

After the op I was on a very restricted calorie diet.

As marvellous as Adele looks, I have no wish to get as thin as her.

I feel brilliant now and being able to go into a shop and pick out an outfit is amazing, because I couldn’t do that before.”

‘Like her, I want to be best version of myself for my kids’

Jodie has lost a stone and loves her curves.

She says: “Hats off to Adele – losing 100lb is bloody incredible. But I have no intention of doing the same.

I’m always going to be a curvy girl. I like having boobs and a bum. But I am trying to trim down.

I’ve joined Slimming World, which I enjoy, and it fits in easily with family meals.

I’ve gone from just over 14st to just under 13st. It’s a big achievement for me and I intend to lose more.

I’ve started going to spin classes and I walk our cockador puppy Marley every day.

I’m not being too strict, because I think you can make yourself miserable that way.

If I want a Chinese takeaway on a Saturday night, I’ll have one.

Adele said it was never about the weight for her.

She wanted to be strong and healthy for her son Angelo.

I’m the same. You want to be the best version of yourself for your kids

And because I’ve slimmed down, I feel more confident going for those sorts of styles too.

My hair is more similar to Adele’s look from the last album, so I feel I’m representing one of her looks, even if it’s not the current one.”

‘Adele’s slimming made me think of my health’

KATIE Markham, 39, lives with her partner Joseph Mullan, 42, an IT worker, in Raunds, Northants.

Katie performs in touring theatre show Someone Like You: The Adele Songbook and was in a line-up of impersonators in the 2015 telly special Adele At The BBC.

She says: “Last year I said Adele’s weight loss had given me a kick up the bum to do the same.

I didn’t feel any pressure because my show is more about copying her singing.

But Adele’s transformation did make me think about my health.

She looks amazing and so happy.

I’m not finished yet.

Because my work stopped during the pandemic, I have become a diet consultant for the programme.

Like the rest of the world, I was so excited as soon as we knew Adele was coming back – not least because it means I’ll have some new songs to sing in my shows.

I was desperate to listen to the new single as soon as possible but I was performing at a gig, then I couldn’t get a signal on my phone to stream it until I was halfway home.

I gave a TV interview in my car at 2am, got home at 3am, then I was in full Adele make-up from 5am for more.

It’s been non-stop since then – not that I’m complaining. I’m ready and raring to go.”

‘I feel so much better. Even my voice has improved’

She says: “To me, Adele has always looked amazing, whatever size she is.

But when she slimmed down it was the final straw that pushed me into doing the same.

My brother had lost weight and some of my friends were getting in shape, too.

Then Adele’s pictures came out, lockdown hit and something switched in my head.

I went from drinking pina coladas in the heatwave to giving up sugar and alcohol.

I lost 4st by going on the keto diet, which limits carbs, for about three months then I moved on to just normal healthy eating.

Having never made time for exercise before, all of a sudden I was running at least four times a week and doing 10,000 steps a day. I felt amazing.

Adele turned 30 and became addicted to exercise, I turned 30 in June and I’d never looked better.

She does weights in the morning, goes for a hike in the afternoon and does cardio in the evening.

I’d love to do that but most people don’t have the time.

With the bars opening and gigging again, I’ve put on about half a stone.

Even my voice has improved.

Now all my old Adele dresses are pulled together with safety pins until I can get
them taken in.”

We pay for your stories!

Do you have a story for The Sun news desk?